Garden Room vs Conservatory? Which is best for you?

Space in your home is always at a premium, and you’ll often find yourself looking for extra room to perform a particular task or to store an item or piece of equipment. With the rise in working at home and the need for home-based exercise areas, the requirements for more space at home have increased even further.

The choice can boil down to a choice between building an extension or adding space in another way. With an extension, you’ll most likely need planning permission and a lot of preparatory work such as deep foundations being created. It can also take some time to complete as it needs to fully integrate with the fabric of your home.

What is the difference between a garden room and a conservatory?

Traditionally, a conservatory was a glass building attached to the outside of your home. In more recent times, the amount of glass has decreased, and conservatories may be built with a fair amount of brick these days, but the concept is the same – they are rooms built on the side or rear of your home with multiple windows and often including a glass roof.

In most cases, they are built over existing doorways, and so require minimal changes to the structure of the building. Due to their size, they are usually exempt from requiring planning permission and give you an extra room that you can use how you want.

Garden rooms are separate buildings that can be constructed from a range of materials and often incorporate large windows to allow plenty of light in and give you a good view of your garden. They are well-insulated which means the internal temperature can be easier to control than the greenhouse-like conservatory, and they provide a separate space to add usability and convenience to your home.

In short, conservatories are mostly glass and attached to your main home building, while garden rooms are separate structures built within your garden. 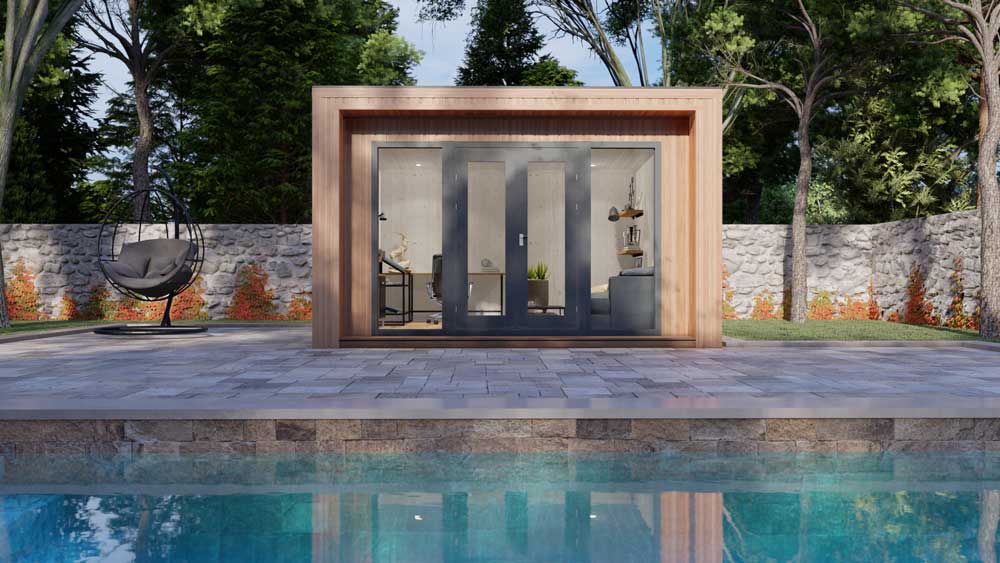 There are benefits to each type of structure and the ultimate decision will be based on your needs and requirements, and garden room vs conservatory may not be an easy choice to make.

The immediate and obvious benefit of a conservatory is that it becomes part of your home and you simply need to step through a doorway to reach it. However, for some people, this may become a disadvantage. It makes it easy to turn the conservatory into a dumping ground for items that don’t fit elsewhere in the home, and it’s easy to be disturbed while you are in there.

If you choose to use a conservatory as a dining room, being disturbed is less of a problem – but if you’re trying to use it as a home gym, home bar or a place to work from, being interrupted may be the last thing you need.

A garden room allows for separation, so if you want to relax, exercise, or get on with some work, you’ll find the peace you need in a garden room.

A conservatory will by its nature be near your kitchen and the other facilities in your home which might sway you towards such a structure in the battle of garden room vs conservatory, but garden rooms have a few tricks up their sleeves.

Professionally built eco garden rooms can be connected to the mains supplies for electricity and water, and it isn’t uncommon to have a kitchen and/or bathroom built in a garden room. Heating and lighting are no problem, and as noted above, the natural insulation incorporated in garden rooms can keep them warm in cold weather and warm in cooler temperatures.

As with conservatories, the majority of garden rooms will not require planning permission due to their size (although it is always worthwhile checking with the local authorities) but garden rooms will often feel bigger. This is due to several factors including the height of the ceiling and the position of doors and windows.

Conservatories usually need a door to access them from the house, and another door to allow you to get out to the garden. Garden rooms only need one point of access as they are not connected to the house, which makes arranging and designing the interior a much easier task and provides a more spacious feel.

Do garden rooms add value to your house?

Garden rooms can certainly add value to your house, and it can be more than a conservatory adds. Conservatories have limited usability as there is only so much you can do in them, whereas garden rooms are tremendously flexible spaces that can be used for many different things.

When you consider that a garden room can be used as a self-contained guest room, a yoga studio, or an office (to name just a few), you’ll begin to appreciate how much more adaptable garden rooms are than conservatories. 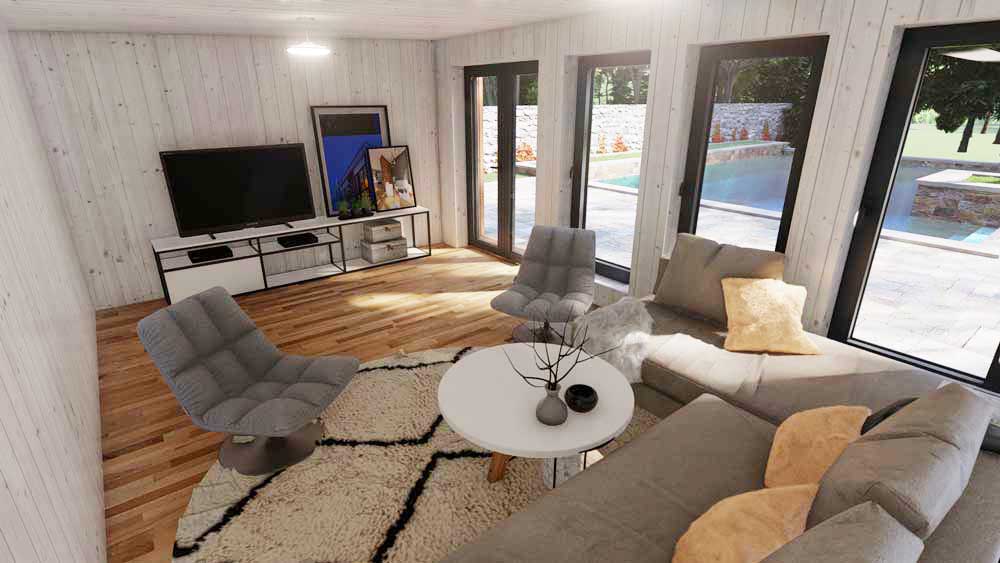 What can I have instead of a conservatory?

The most common choices to have instead of a conservatory are an extension to your existing building or a garden room. Of the two, rooms for gardens or log cabins for gardens are usually the simplest and most cost-effective way to add usable space to your home. Another alternative is a loft conversion, but this can bring its own challenges – including several flights of stairs!

Garden Room vs Conservatory – which is best?

Some people will simply default to picking a conservatory as they have seen and used them before, and therefore know what to expect. By not considering a garden room, they may be missing out on the tremendous benefits that a garden room can bring to their home.

Garden rooms finance is available through humm by flexifi and so you don’t have to find the money upfront, and they will revolutionise the way in which you use your home. There’ll be no fighting for space, no “accidental storage” situations where items suddenly appear, and peace and tranquillity can be yours whenever you need it.

Garden room vs conservatory – which will you choose?

If you’ve decided on a Garden Room, but don’t know where to start? Check out our latest blog post – How to choose the ideal garden room – A beginner’s guide